The season for reason…

On June 4 I attended the 2016 Reason Rally on the National Mall in Washington, DC. The Reason Rally Coalition is a not-for-profit organization whose mission is to hold large events in celebration of atheist, humanist, and secular identity and to demonstrate the power of the secular voting bloc. The goal of the Reason Rally is to showcase the presence and power of the nonreligious voting bloc, and to demand that reason be put at the forefront of our public and political discourse.

It was a fascinating day and an eye-opening experience. I would estimate there to have been on the order of 10,000 people or more in attendance, and most of the interactions I had with other people there were very positive. Curious to see what impact, if any, secular voters en masse will have on the 2016 Election. From my point of view, their voices to be heard now more than ever. 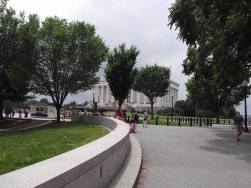 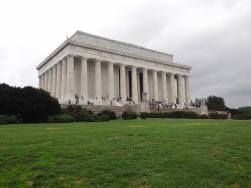 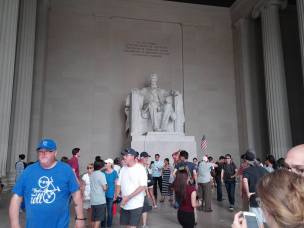 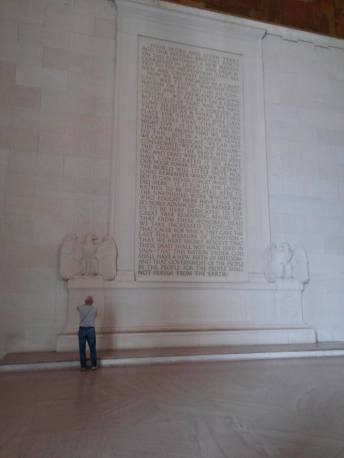 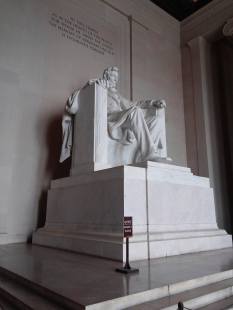 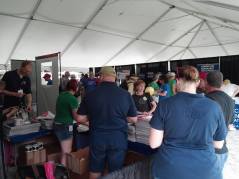 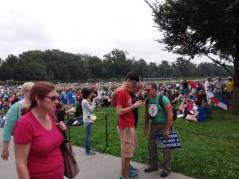 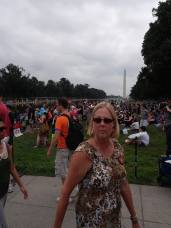 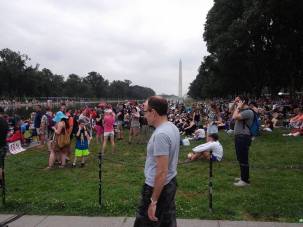 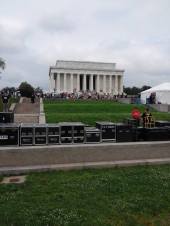 Why is there something rather than nothing?

It’s a good question. And one that philosophers have wrestled with over the centuries.

Lawrence Krauss looks at it as well in his 2012 book A Universe from Nothing: Why There is Something Rather than Nothing.

Krauss is a leading theoretical physicist, science educator, and American Humanist Association 2015 Humanist of the Year. Like his colleague Richard Dawkins, he believes that philosophical questions such as these should not be exempted from scrutiny by science.

Krauss begins his answer by re-examining the question itself:

Whenever one asks “Why?” in science, one actually means “How?”. “Why?” is not really a sensible question in science because it usually implies purpose….

Krauss begins by presenting the “cosmological term” from Einstein’s 1917 theory of general relativity. Einstein later called this “the biggest blunder of his career,” but the cosmological constant, as it became known, has since been given new life by science.

It represents the mysterious energy present in

the nothingness we normally call empty space. That is to say, if I take a region of space and get rid of everything within it— dust, gas, people, and even the radiation passing through, namely absolutely everything within that region— if the remaining empty space weighs something, then that would correspond to the existence of a cosmological term such as Einstein invented.

This mysterious dark energy is thought to account for over 70% of the matter and energy content in the universe.

The same phenomenon of “something from nothing” can also be observed on the smallest of scales. Quantum mechanics dictates that the total energy of a given system cannot be determined exactly if measured for only a fixed, finite time interval:

A key tenet of quantum mechanics…is the Heisenberg Uncertainty Principle, which, as I have mentioned, states that it is impossible to determine, for certain pairs of quantities, such as position and velocity, exact values for a given system at the same time. Alternatively, if you measure a given system for only a fixed, finite time interval, you cannot determine its total energy exactly.

This allows for the existence of so-called virtual particles, particles that spontaneously come in and out of existence on the shortest of time scales. These particles cannot be observed directly, but the measurement of their effects represents

the best, most accurate prediction in all of science….we can calculate the value of atomic parameters and compare them with observations and have remarkable agreement at the level of about 1 part in a billion or better! Virtual particles therefore exist.

It gets better. Not only is it possible to get something from nothing, but

virtual particles reflecting the particles and fields that convey the strong force between quarks are popping in and out of existence all the time…and, in fact, when we try to estimate how much they might contribute to the mass of the proton, we find that the quarks themselves provide very little of the total mass and that the fields created by these particles contribute most of the energy that goes into the proton’s rest energy and, hence, its rest mass. The same is true for the neutron, and since you are made of protons and neutrons, the same is true for you!

There’s still a lot about this theory we don’t understand, like the effects of these mysterious virtual particles on truly empty space. But it can offer increasingly precise explanations for how it is possible to get something–indeed, everything–from nothing:

The answers that have been obtained— from staggeringly beautiful experimental observations, as well as from the theories that underlie much of modern physics— all suggest that getting something from nothing is not a problem.

That’s pretty awesome. And I’ll take the awe of understanding over the awe of ignorance any day.